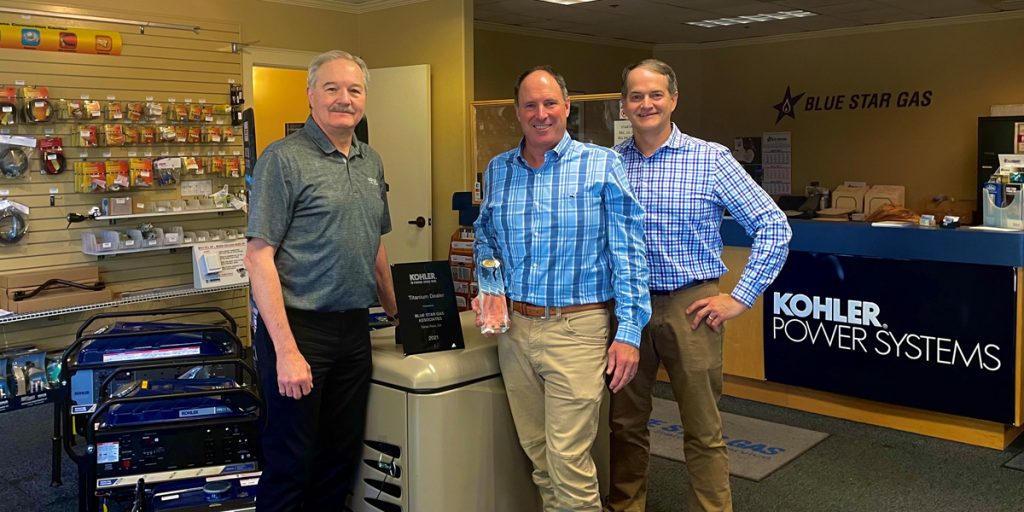 Over the past few years, wildfires, public safety power-shutoffs and other grid stability issues have driven demand for backup power in the company’s service area. Blue Star Gas says it has responded to this need in the market by training its sales and service team to sell, install and service Kohler’s generator line and positioning itself as a key provider of backup power. The company is also providing prime power options for the rental industry, as well as other off-grid applications.

Mark Leitman is director of the division.

“Into the future, we’ll also seek opportunities to deploy other new power technologies, from combined cooling, heat and power (CCHP) to fuel cell technology,” he adds.

“We anticipate bringing on new products under this category, which currently consists of backup and prime power generators,” says Leitman. “Ultimately, the division is a natural extension of the work we’ve been doing as a company since 1938. We have always strived to find innovative solutions to meet our customer’s needs. Generators, CCHP, fuel cells or other technologies that primarily use propane will be our focus.”

Blue Star Gas was named Kohler’s Dealer of the Year – West Region due to its efforts in the generator space. The distinction is given based on company sales, a commitment to service, a respectable reputation and a willingness to go the extra mile for end users, according to Blue Star Gas. The company was selected from a pool of over 650 dealers in the West.

“We are honored, grateful and humbled to be recognized by Kohler for this award,” says Leitman. “Our distributor, Bay City Electric Works, has been critical in helping us develop expertise in this space through training and product support. We’ve learned a lot in a short period of time and have already provided peace of mind and energy security to hundreds of customers as a result.”

Blue Star Gas is a third-generation family-owned propane distribution company that has been providing propane sales, equipment, and related services to customers since 1938. It has operations covering 75,000 square miles and 14 markets in California, Oregon, Washington, Utah and Arizona.